Special offer: earn a $5 gift card when you fill your first Rx with RefillWise! Sign up now ➞ 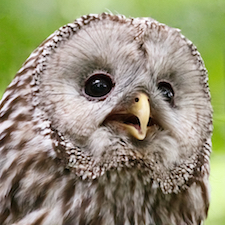 Drug safety in the home isn’t something many of us consider. We may curse a medicine bottle's child protection “features” slowing us from taking a dose, but overall, we’ve become very complacent. Looking at opioids alone paints a very grave picture. Data from Johns Hopkins University Bloomberg School of Public Health indicates 73% of adults surveyed understand that children are more susceptible to opioid overdose, but a mere 13% have concerns over their children accessing them. What’s more, only 12% store their medications safely. Kids aren’t the only ones at risk, though. Read on to find out more about how your medications may be putting you and your family in danger, and what you can do about it now.

1) More than 80,000 Children are Hospitalized for Overdoses Each Year

Data regarding drug overdoses is incredibly difficult to come by, as most statistics lump together all poisonings, including children who are exposed to pesticides and household cleaners. However, we do know that these things together sent more than 600,000 children aged 17 and under to the emergency room over the past five years, and, historically, around 70% of all cases involve medications. In fact, overdose deaths among children nearly doubled between 1999 and 2015. Despite the prevalence of childhood overdoses, the trend shows no signs of slowing.

Lock all your medications up. One-in-five children who overdose sneak the medication from unaware caregivers. Various options to secure medications are available, from cabinets to special lockboxes. Find a solution that works for you and make sure children do not have access to the key.

Never compare medicine to candy when talking to children. It can be tempting to encourage kids to take their medicine by telling them it tastes like candy, but this may cause a child to believe medications are not dangerous. Moreover, many do look and taste like treats, which can cause further confusion.

Dispose of patches properly. Many medications now come in patch form, which can seem like stickers to children. Despite already being used, they often contain enough of the medication to cause death or illness. Patches should always be disposed of in accordance with the manufacturer’s guidelines, while keeping them out of reach of children. Consider taking them straight to your outdoor bin if you have children in your home, or to your local collection site on National Prescription Drug Take Back Day, October 28, 2017.

Carefully measure doses. Even acetaminophen (Tylenol) has the potential to kill, and it sends more than 7,000 kids to the ER yearly. Sadly, about 18% of them are given the medication by caregivers.

According to Partnership for Drug-Free Kids, “misuse and abuse of prescription drugs is now a normalized behavior among teens,” with nearly one-in-four self-reporting they have abused a prescription drug at least once. This equates to roughly 5.5 million kids, and around 16%, or 2.7 million teens, have abused a stimulant, such as Adderall or Ritalin. Painkillers are a big draw as well, with 10% admitting they’ve abused one within the past year. The FDA further warns of potentially deadly “pharm parties.” During these gatherings, kids bring drugs to share with their friends, often from a medicine cabinet at home. It’s no surprise, then, that 49% of teens who abuse prescription drugs say they’ve gotten them from friends.

Lock your medications up. Many parents mistakenly believe that risks reduce as their children age or that their child won’t be one to abuse prescription drugs. The Johns Hopkins survey indicated parents have less concern and are less likely to lock up meds as their children age. At the same time, information from Partnership indicates that 56% of teens think it’s easy to get medications from their parents’ medicine cabinet, and 42% of those who abuse medications say they take them from the medicine cabinet at home.

Don’t share your medications with anyone. Around 20% of parents admit to sharing prescriptions with their kids, which creates a nonchalant attitude about sharing medications. Understand the dangers of prescription drug use and talk to your kids about them. One of the greatest indicators of teen drug abuse is parental stance. Nearly one-third of parents erroneously believe ADHD meds can help their child academically, even if he or she has not been diagnosed with the condition. Moreover, 16% of parents think prescriptions are safer than street drugs.

Get rid of your old or unused medications. It’s estimated that 17% of households keep unused medications around. They should be discarded in accordance with the label. Find a drug collection center if you are unsure how to properly dispose of a medication. Participating in National Prescription Drug Take Back Day on Saturday October 28 is a great first step in tossing your old, unused, or unneeded medications.

While overdose and abuse among children and teens is still cause for concern, it’s adults who are most likely to die from an overdose. The 45-54 age group has the highest rate of death, at 30 deaths per 100,000 individuals, according to the CDC. Compared to people aged 15-24, those in the age groups of 25–34, 35–44, 45–54, and 55–64 are twice as likely to die of an overdose. It would be easy to chalk these deaths up to suicide, but medical examiners conclude at least 80% of these deaths are unintentional. The greatest culprit is opioids, namely drugs like methadone, oxycodone (OxyContin®), and hydrocodone (Vicodin®), with more than 1,000 people visiting emergency rooms daily after failing to take opioid medications as prescribed.

Follow your doctor’s instructions. Many people try to “catch up” missed doses by taking more than prescribed, or take more to cope with greater pain. This can prove to be the start of a vicious cycle or a deadly mistake. Be aware that you will build up tolerance to certain medications. One of the greatest dangers of opioids is that people build up a tolerance to them, so more of the medication is needed over time. If you feel like your medication isn’t helping like it used to, talk to your doctor about alternatives or changing your dose.

Be aware that tolerance can reduce rapidly. Under certain circumstances, such as if a person has been ill, not eating, or not taking a dose as prescribed, the tolerance level can go down. The same is true when a person moves from a short-acting to a longer-lasting dose. If a person is unaware that their tolerance has reduced, it’s easy to ingest toxic levels of medications just by taking a normal dose.

4) Overdoses Come with Many Tell-Tale Signs

Being familiar with the signs of overdose can save a life. Learn the symptoms and share them with your friends and family.

Drowsiness: If a person becomes drowsy for no reason or is not responsive, treat it as a medical emergency. Do not let them fall asleep or attempt to “sleep it off,” as you won’t be able to monitor them and their condition could worsen. It’s also unwise to let them shower in attempt to wake up or make themselves feel better because the temperature change can send them into shock.

Breathing Troubles: Medications such as opioids suppress the respiratory system, so a person may have difficulty breathing or may stop breathing altogether.

Loss of Coordination: Issues like loss of motor control and coordination may signal an overdose or other medical emergency.

Seizures: Though rare, seizures, or uncontrollable muscle contractions, can be a serious warning sign.

Skin Changes: It’s common to see a variety of skin changes in someone experiencing an overdose. Occasionally, the skin may become warm to the touch, though an individual will typically become pale and clammy. If breathing issues are present, a person’s mouth and nails may become bluish as well.

Mood Changes: Sometimes, a person will present with typical Hollywood-style mood changes, such as extreme aggression and irritability. However, anxiety and depression-like symptoms are just as common.

5) You Can Throw Away Your Ipecac

According to the Mayo Clinic, ipecac syrup is no longer recommended. In fact, doing anything to induce vomiting, even if overdose is suspected, can be dangerous.

Tips for Dealing with an Overdose

Learn CPR in advance. This will keep oxygen and blood flowing until emergency crews arrive. If it’s been a few years since you took a class, take a refresher course.

Keep Narcan (also called “Naxolone”) on hand if taking prescription opioids. Narcan is fast-acting and will counter the effects of an opioid overdose. It comes in an injectable form as well as a nose spray. Your friends and family should know where yours is stored and be familiar with how to administer it. You will still need to be checked by a medical professional afterward, but it can save your life.

Perform a quick inspection. Make sure the person does not have anything lodged in his or her mouth, and gather up any bottles of medications that he or she may have taken. The emergency response team will ask questions about any medications the person takes.

Be calm and call 911. Time is precious. If you suspect an overdose, call emergency services right away, even if the person tells you not to. Fast action from trained medical professionals can save a life.

A Final Word from RefillWise

Prescribed medications save lives and improve the quality of lives of people every day, but they do need to be kept properly and taken as instructed. We believe that everyone should be able to live life to its fullest, which is why we’re committed to providing the public with helpful information about prescriptions, as well as access to life-enhancing medications at reduced costs. Whether you take regular medication or your doctor has prescribed a single dose of something like Narcan to keep on hand, our free prescription discount card can make affording your medications easier. Sign up for your free RefillWise prescription discount card on our website or text JOIN to 22822 now.

Back to blog home

Save up to 80% and earn cash rewards!